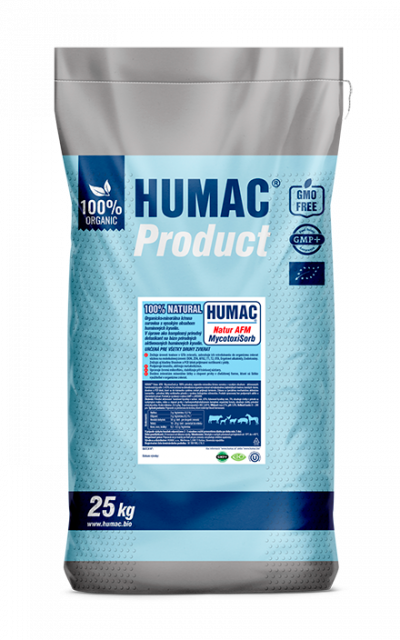 What is it?
HUMAC® Natur AFM MycotoxiSorb is a 100% natural feed material made from activated Leonardite with high content of humic acids (+65%) intended for the detoxification of compound feeds from mycotoxins, bacterial toxins, heavy metals, other organic toxins such as dioxins, PCBs and others that commonly enter the organism through feed. HUMAC® Natur AFM MycotoxiSorb is non-digestible therefore toxins bound to its structure are removed from the body via feces. The active substance formula, humic acids, derives from a special mechanical activation of Leonardite – a natural substance of plant origin with high biological activity. Humic acids function as an organic detoxification agent with high affinity to heavy metals and other toxins. The product is mechanically processed via our own dual activation procedure for the purpose of improving its efficacy.

Available in 25 kg PE bags with 40 pcs per pallet.

The high efficacy of HUMAC® Natur AFM MycotoxiSorb with its attractive price results in a high value added product produced by feed producers. A dosage of 0.3 to 0.5% can significantly contribute to the value of produced feed.

How does it work?

Thanks to the high content of functional groups contained within the structure of humic acids, HUMAC Natur AFM MycotoxiSorb forms various types of chemical bonds and interactions with mycotoxins, which are strongly absorbed into their structure. The most common bonds are hydrogen bond, which occur from the mutual interactions of hydroxyl, carboxyl, ketone and other functional groups. Additionally, the large number of aromatic structures in the molecule of humic acids leads to the formation of π- π interactions. Under ideal conditions, it can lead to the formation of stronger ester bonds through the reaction of carboxyl and hydroxyl functional groups. Another possibility is the association of hydrophobic mycotoxins in the pseudomicellar structure of humic acids.

Through the synergy of several interactions, mycotoxins are firmly bound to humic acids and resistant supramolecular structures are formed.

HUMAC® Natur AFM MycotoxiSorb is one of the most cost-effective and functional organic products for detoxifying compound feeds.

“Specially formulated as a complex natural detoxification
formula for the reduction of mycotoxins in feed.”

“Intended for all types of feed and feed materials.”

“Intended for all animal species”

What is HUMAC® Natur AFM MycotoxiSorb?

What does HUMAC® Natur AFM MycotoxiSorb do?

Reduces the content of mycotoxins present in feed.
Reduces the level of toxins in the gastrointestinal tract of animals by preventing their absorption into the body at the molecular level.
Supports the immune system and activates metabolism.
Regulates intestinal microflora, stabilizes the pH in the digestive tract and has a prophylactic effect on the development of diarrhea and other digestive diorders.
Supplements the animals with mineral and trace elements in chelated form, which are easily absorbable by the body.
Strongly binds toxic heavy metals (Cd, Cr, Hg, Pb, As and others) and prevent their resorption in the body. It can also adsorb fluorides, organophosphates, chlorine-based insecticides, PCBs and dioxins.
Maintains a stable micro-climate.

For who is HUMAC® Natur AFM MycotoxiSorb?

HUMAC® Natur AFM MycotoxiSorb is intended for feed manufacturers who produce high quality compound feeds and special feeds produced for larger establishments engaged in the breeding of cattle, pigs, poultry and other species, which focus on processing large volumes of feed and look for ways to minimize the risk of mycotoxin contamination.

How much HUMAC® Natur AFM MycotoxiSorb is needed?

Due to the high content of humic substances (+ 65%), which have a complex organic structure with many different chemical groups and reaction sites, HUMAC® Natur AFM MycotoxiSorb can form strong chemical bonds with various organic substances and has the ability to bind various heavy metals.

Mycotoxins in feed: a global challenge

The presence of toxins and contaminants in feed is a worldwide problem. The most common source of toxins are filamentous fungi, especially of the genera Fusarium Penicilium and Aspergilus, but also others, for example Claviceps, Alternaria, Sordaria Chaetomium. The secondary metabolites of these fungi are called mycotoxins (derived from the Greek word mycos, which means fungus), and from the Latin word toxicum, which means poison). According to a global 10-year mycotoxin study conducted by the Biomin Research Center in Austria, out of 74,821 samples of feed and feed materials collected from 100 countries, up to 88% of samples were contaminated with at least one mycotoxin (Gruber-Dorninger et al., 2019). Therefore, both the private and public sectors are making significant efforts to address the challenge of mycotoxins in feed in order to maintain production capacity and produce safe food. One of the most commonly used options is the elimination of mycotoxins directly in the feed using various absorbers.

Under favorable conditions, fungi begin to produce toxins after 5 days of infection. Mycotoxins can form before harvest (especially of the genus Fusarium) or during storage. Of the approximately 400 mycotoxins known so far, about a tenth significantly affect the economy and productive health of animal husbandry. The mycotoxicosis caused by these mycotoxins is diverse and includes a wide range of animal species, including humans. Mycotoxicosis can present itself with various clinical signs influenced by various factors such as the type and concentration of the toxin, the species, age and state of health of the animal. Long-term exposure, even at low doses, results in a state of increased susceptibility to secondary diseases of viral, bacterial and fungal origin. A mixture of different mycotoxins usually occurs in feeds, therefore the resulting toxic effect may be significantly worse than with individual toxins, e.g. the ever present DON stimulates the effects of several other mycotoxins.

Where do mycotoxins most often occur?

What problems do mycotoxins cause?

The causes of these problems are mainly due to the fact that almost all mycotoxins (all trichothecenes, ochratoxins and others) suppress the immunity of animals and they are subsequently more susceptible to diseases of viral, bacterial and fungal origin. Most often, multiple mycotoxins are present in feed at the same time due to their synergism, and otherwise non-toxic amounts can cause health problems that reduce the performance of animals, respectively specific clinical signs of a particular mycotoxin may occur, which would otherwise only appear at many times greater doses of the individual mycotoxin. The synergism of the ever present deoxynivaletol (DON), which potentiates the effect of aflatoxins, is well known. Different mycotoxins attack different organs and metabolic processes, resulting in a reduction in overall metabolism, apathy, reduced feed intake and a significant reduction in performance. In addition to feed, animals can be exposed to mycotoxins from litter. Stychybotriotoxin (T-2 toxin) spores are released from moldy straw (hay) - the only spores that contain the toxin that reach the lungs and skin by breathing.

How are mycotoxins removed from feed?

Physical-chemical methods (decomposition with calcium chloride, ammonia, hydrogen peroxide, ascorbic acid, or a combination of heat and pressure or ultraviolet radiation), adsorption with clay materials or activated carbon are used to detoxify feeds. The disadvantage of these methods is the considerable non-specificity of the degradation or binding of mycotoxins and the degradation of essential nutrients that can occur.

Most mycotoxins have a very stable chemical structure, which provides them with a high thermostability and resistance to decomposition during changes to pH or reactions with additives. It is therefore necessary to increase these parameters, which also increases the cost of detoxification.

Ultraviolet radiation can be very effective in degrading some mycotoxins, such as aflatoxins, but it also has a destructive effect on some nutrients in feed.

Sorbents are most often minerals capable of adsorbing or binding mycotoxin molecules, which subsequently cannot be absorbed and digested in the gastrointestinal tract. Activated carbon, synthetic zeolites and mineral clays are most commonly used. The effectiveness of sorbents depends on various factors - adsorption capacity, their molecular structure, purity, type of mycotoxin, etc. The disadvantage of these methods is that, depending on the type and intensity of the physical factor used, there is a different degree of disruption of nutrients and their absorption, thus reducing the nutritional value of the feed.

Mycotoxins in feed: a global challenge

Humic acids are a natural heteropolymer material formed by the transformation of organic matter. Their molecular structure consists of a wide range of organic structures and functional groups such as aromatic structures and aliphatic chains, benzene nuclei, hydroxyl, carboxyl, ether, ester, carbonyl, amino groups and others. These impart characteristic chemical and microbiological properties to humic acids. The molecular weight of humic acids ranges from 20,000 to 150,000 Da, depending on the source and method of treatment. They are also ion exchangers of a reductive character and have amphoteric properties enabling them to bind ions by various mechanisms, both chemical and physical, as well as adjust the pH in the digestive tract.

Due to their large specific surface area and pseudomicellar structure with a large number of reactive chemical groups, they react with the functional groups of various toxic organic compounds such as mycotoxins, bacterial toxins, endotoxins, herbicides, persistent organic substances (PCBs and dioxins) and form chemical bonds. Humic acids have an affinity for toxic heavy metals (Cd, Cr, Hg, Pb, As and others) and prevent their resorption by chelating.

Humic acids can resist the digestive process in the gastrointestinal tract and are subsequently excreted from the body along with the bound toxins.

Where do mycotoxins most often occur?

Humic acids are ion exchangers and can release the necessary microelements such as Fe, Cu, Co, Mn, Mo and a whole range of other trace elements.
They can bind certain viruses and prevent them from replicating.
They activate immunocompetent cells, thereby increasing the body's defenses.
They activate the production of anti-inflammatory cytokines that suppress inflammation.
They restore the electrolytic balance of cells (especially intestinal), thus protecting them from damage.
In the digestive tract, they support the development of beneficial microflora and suppress pathogenic microflora.
They have strong reductive properties, thus preventing undesired oxidation and the formation of free radicals, which they are able to eliminate.
They have good buffering capacity and maintain a suitable pH in the gastrointestinal tract.
Overall, humic acids prevent the resorption of toxic compounds, promote immunity and the development of beneficial microflora, suppress inflammation and ensure good functional health of animals. The result is improved production parameters: weight gain, milk yield, laying and improved reproductive performance (shortened service period, reduced the insemination index, increased number of litters and hatchability, development of more viable young) and thus reduce their morbidity and mortality.

What problems do mycotoxins cause?

Humic acids (HA) as a natural, heteropolymeric material, formed by the process of transformation of organic matter, naturally consists of a wide range of chemical structures and functional groups (aromatic structures and aliphatic chains, benzene nuclei, hydroxyl, carboxylic, ether, ester, amino groups and others). ), which give humic acids characteristic chemical as well as microbiological properties.

The functional groups in HA and mycotoxins can interact with each other to form different bonds. The most common bond is a hydrogen bond with an energy of 10 - 40 kJ · mol-1, which can be formed by mutual interaction of acceptors (ketone, ether, ester, ...), donor (alkyl, ...) and donor-acceptor (hydroxyl, carboxyl) , amino, ...) groups. The energy of these interactions is multiplied by the number of bonds formed, and as a result, mycotoxins can be tightly bound to HA.

By reacting a carboxylic acid with an alcohol in an acidic medium, an ester bond can be formed (esterification). This covalent bond has an energy of 200-400 kJ · mol-1 and is therefore a sufficiently strong bond between mycotoxin and HA.

Through the synergy of several interactions, mycotoxins can be firmly bound to humic acids potentially forming resistant supramolecular structures. 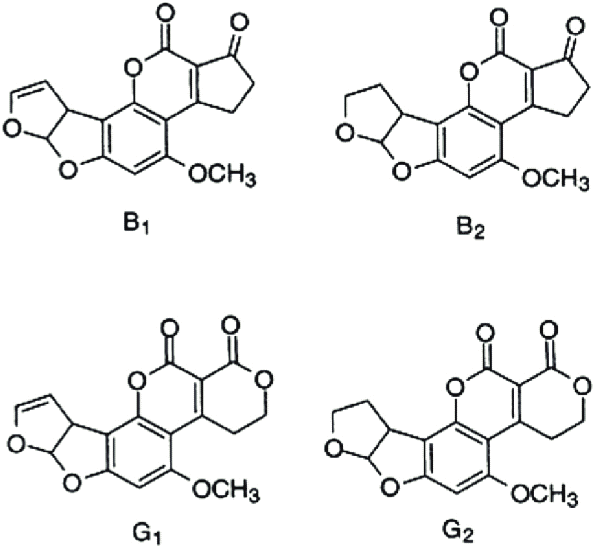 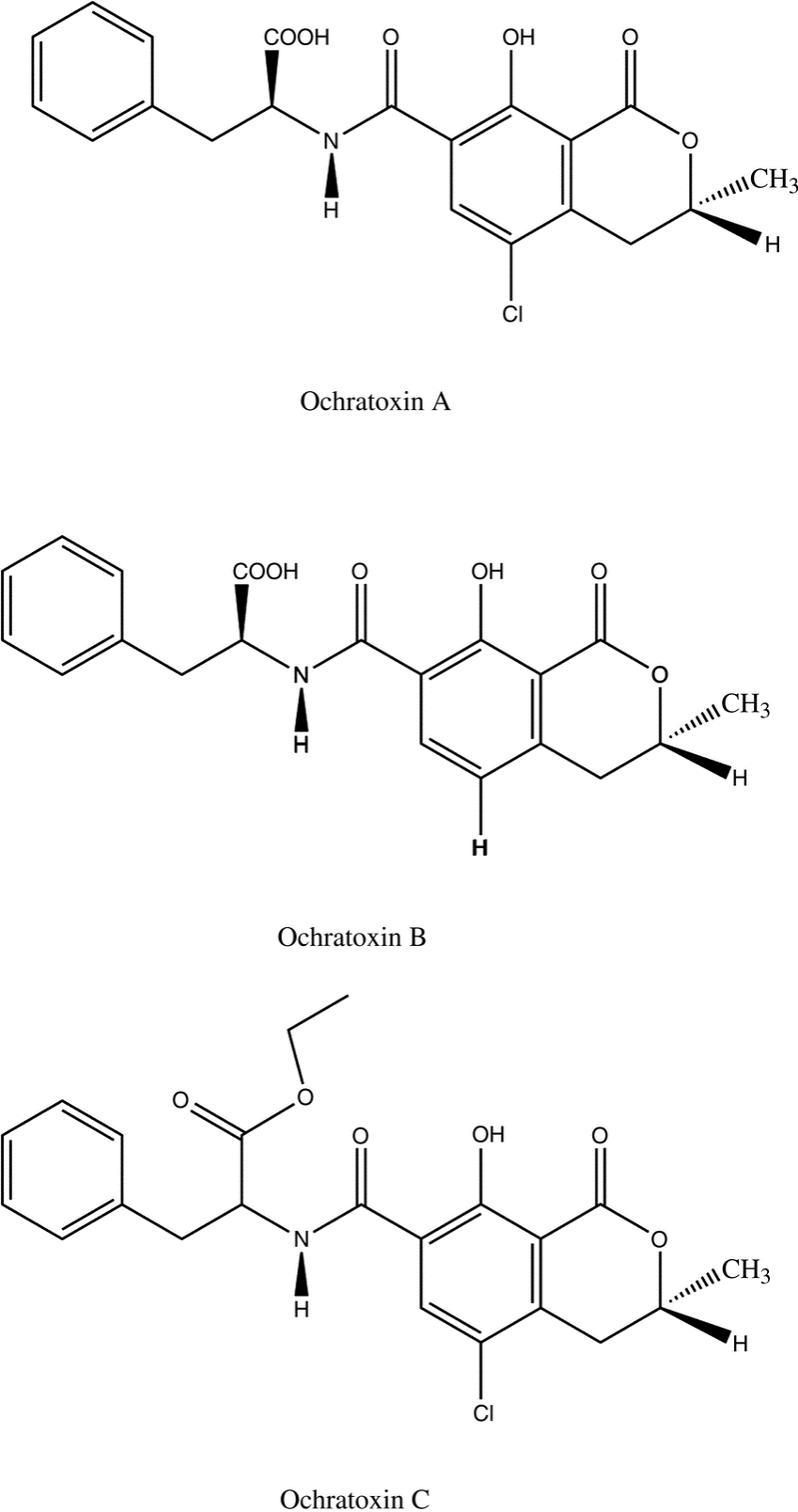 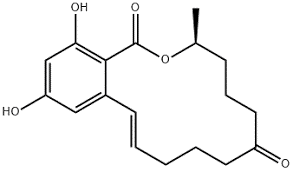 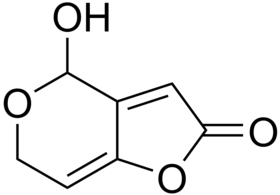 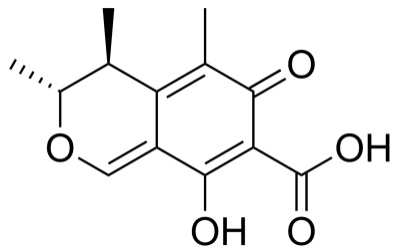 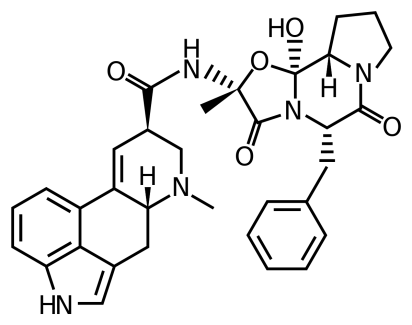 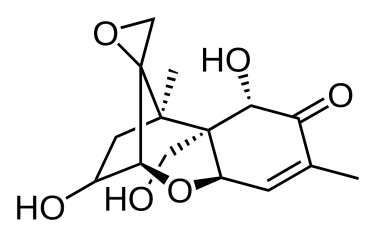 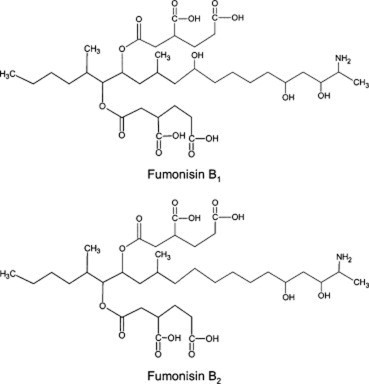 From the HUMAC family 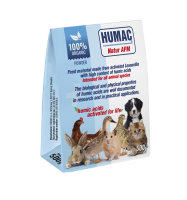 For more information and possibilities for cooperation please reach out to us.